Thing you must have while buying a PC system

It might be confusing with all the technical jargon and standards are thrown about. There are various cheap laptops on the market nowadays that are reasonably priced.

They may even be able to provide a superb computing experience without completely draining your bank account, thanks to the advantages of modern technology. The trick is to strike the right balance between cost and your needs.

Picking the right computer might be difficult, but we’re here to help. Here are the most important features and nuances to look for when buying a computer. Are you looking for a new computer? It might be confusing with all the technical jargon and standards are thrown about. There are various cheap laptops on the market nowadays that are reasonably priced.

Also read : Here’s how to get Google to index your site (simple steps)

They may even be able to provide a superb computing experience without completely draining your bank account, thanks to the advantages of modern technology. The trick is to strike the right balance between cost and your needs.

Choosing the right computer might be difficult, but we’re here to help. Here are the most important features and nuances to look for when buying a computer.

The term RAM (Random Access Memory) stands for Random Access Memory. RAM is where active data from your programs and system processes are kept, not stored, and should not be confused with storage. Consider random access memory (RAM) as a scratchpad or temporary canvas on which a computer may execute real-time calculations and operations.

Because of the memory-intensive programs and web browsers available today, computers need more RAM than ever before. The more best RAM your computer has, the better it will run if you often use many open apps at the same time.

With enough RAM, you can run many programs at once and open more browser tabs without your computer becoming sluggish.

Windows 10 needs a minimum of 1GB for 32-bit and 2GB for 64-bit (MacOS requires a minimum of 2GB), although this is insufficient to guarantee a smooth experience. If you’re buying a new computer, be sure it has at least 8GB of RAM.

A RAM capacity of at least 16GB is recommended if you plan on multitasking and doing more on your computer than your regular tasks.

With each yearly upgrade, processors get more efficient and powerful, but Intel has always given easily discernible performance categories to choose from depending on your needs.

The Core i3s are the least priced but least powerful processors available, as is familiar with Intel’s entry-level Core i3 CPUs. The Core i3 CPU series should suffice if you’re looking for a computer that costs less than $600 and can do basic computing tasks.

The Core i5 CPUs are designed for clients who want a good performance and price balance. Try to acquire a computer with at least an i5 CPU to save money while still having an adequate arrangement for power consumption.

Even though computers with the newest generation Intel Core i7 or Intel Core i9 processors are more expensive, professionals who don’t have the luxury of time will appreciate the increased power provided by these CPUs. If money isn’t a problem and you want the best PC money can buy, you shouldn’t settle for anything less than a Core i7 CPU.

Keep in mind that the most current generation of CPUs is frequently more powerful and efficient than its predecessors, so you should think about upgrading. For example, Intel’s current 8th generation CPUs have at least four cores, making them faster (but less power-hungry) than their 7th generation equivalents of similar performance.

Which CPU should you buy?

Because AMD and Intel are releasing fantastic processors, you can get the best CPU at a great price. These benefits buyers who want to get the most bang for their buck.

Purchasing a CPU has never been more difficult. AMD and Intel produce excellent CPUs, but their costs and technology differ significantly. However, this makes determining what you need and how much you should spend tough.

Let’s not be too technical, however. This article will inform you which CPUs are the best available right now for everyday computing, a cheap chip, or a powerful processor for gaming or content creation. Fortunately, the same advice applies whether you buy or build a system.

While we won’t go too technical, understanding cores, clock rates, and architecture is critical. Cores are the microscopic processing components that make up a chip; a CPU contains numerous cores to do various tasks simultaneously.

Here are some earlier Ryzen 5 2600X specs as samples. Windows makes no distinction between the two, displaying just 12 CPUs.

Another important component is the operating frequency (3.6GHz). The higher the number, the faster cores finish tasks. Each core has a base speed and a boost speed (like 4.2GHz) that one or two may employ.

However, it would help if you also looked into the processor’s architecture – buying an old CPU is not a good idea. In addition, buying the latest models ensures future CPU upgrades.

AMD and Comet Lake use zen two architecture by Intel.

Those are the key points. But be aware of name practices. Look for AMD Ryzen 3000-series or Intel 10th Gen processors to get the best CPU from the latest ranges.

Both AMD and Intel classify their CPUs. For example, AMD’s Ryzen 3 and Intel’s Core i3 are entry-level processors, respectively, while Ryzen 5 and Core i5 are midrange processors. Extreme task performance is provided by Ryzen 9 or Core i9.

Should you hold off till the next generation of CPUs is released? The PC chips, on the other hand, will not be available until the autumn or winter. 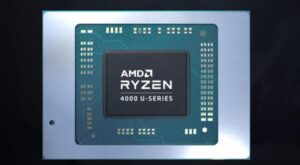 Don’t put off getting a new computer processor. If you can, wait a few months to see whether the 4000-series CPUs provide any real performance advantage over the 3000-series CPUs (for the same price, of course).

AMD predicts 10-15% “in conjunction with a new architecture,” i.e., Zen 3. You could wait indefinitely, but CPU performance improvements are now more gradual.

CPU on the best budget

If you need a CPU for everyday tasks like Office, email, video, and web browsing, as well as light gaming, look at the entry-level CPUs.

The AMD Ryzen 3 3300X, designed on the Zen 2 architecture and boasts four cores and reasonable performance for £119 / $134, is the best budget buy. In multi-core and single-core benchmarks, that CPU outperforms Intel’s equivalent, which implies that it is better in everyday situations. 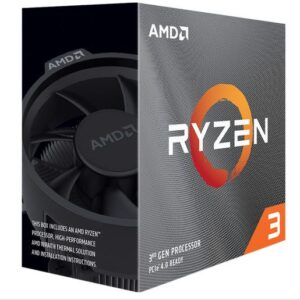 Intel’s CPUs are now somewhat faster in games than their AMD counterparts, making the Core i3-10100 a better budget gaming option. It costs £149 in the UK and $151 in the US from Amazon.

If you wish to save even more money, you may go back in time. However, this is true even if they are included in low-cost pre-built PC systems. The Ryzen 5 2600X from AMD is still a solid processor. In gaming, the Intel Core i3-9100 and Core i5-9400 trump AMD. It is generally advisable to choose a chip from the most recent range.

It’s time to learn more about the vast world of computer displays, whether you’re in the market for a new desktop or laptop computer or already have one but are unhappy with the screen size.

The original best monitors, known as video display units (VDUs), had lights to allow computer experts to monitor the power level of its components and determine whether they were operating properly. Computer displays have come a long way in terms of what they can show and how they do it.

To make an informed decision, you must be familiar with the monitor’s vocabulary and jargon. Fortunately, Newegg Insider has a comprehensive monitor glossary.

The screen size seems to be the only variation between monitors. Before getting into the inner workings of each display and what your PC may need to obtain the best results. However, learn about the many types of shows and their shapes and sizes.

The Best Indoor Vines and Climbers That Are Easy to Grow

Top Things To Do In Goa For An Amazing Vacay

All About Toyota Dealer in Kansas city

All About Stabil IPTV

All About Wholesale Fitted Hats

What is a shipping service and what makes...

A Hairline Tattoo may be the answer to...

Here’s how to get Google to index your...

All You Need to Know About Education Portals