ItsWorldOfInternet
WEDDING PHOTOGRAPHER FOR SPECIAL MOMENTS
Los Angeles Employment Lawyer! things to know
Trading for the primary time? Olymp Trade tells...
The five finest Chicago Bulls of all time
Ultimate Guide to Choosing the best artificial backyard...
Afro Toupee – What You Need to Know...
Can an Auto Body Shop Repair Aluminum?
Quick, Personalized Photo Books with the Best Photo...
If You Can Dream It, You Can Meme...
Top 6 Best Graphic Design Software Tools For...
Home How to The types of backflow preventers available and their uses
How to

The types of backflow preventers available and their uses

Multiple kinds of backflow preventers are available, and each kind is designed to provide water systems with a different level of protection, for various kinds of residential and commercial applications.

It would be a wise choice for people to learn about the various kinds of backflow devices in existence, and familiarize themselves with them. Why should they do that? Because that will help them select the one that meets their needs in the best manner possible. 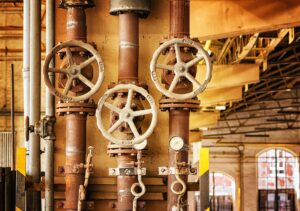 The pressure vacuum breaker (PVB) is one of the most common and low-priced options available in the category of complete high flow backflow preventer systems. It comprises of the following:

Along with being an inexpensive option, a PVB is relatively simple in design, is easy to install, maintain and fix. In fact, some PVBs also offer in-built freeze protection but this only protects its assembly. Inlet and outlet pipes can still freeze if the system is not properly protected during the winters.

One of the cons of using a PVB is that they will at times eject some water on an occasional basis. Hence, selecting a spill-resistant model of PVB for installing it indoors is a better option. Else, water spillages can cause a lot of inconveniences.

Double-check valves (DCV) are also known as Double check assemblies (DCA). They are a sensible choice when it comes to installations that are either indoor or underground. DCVs comprise of the following:

They can be installed vertically but only if the local building codes and rules allow them to be.

Double-check valves are the most common kind of approved backflow prevention device for use in either underground or in-line installations. In-line indicates that the device is parallel with the sprinkler system’s piping but unlike the PVB, these valves do not need to be installed almost a foot above the highest point in the system.

Some areas of DCVs do require above-ground installation. Hence, residents and plumbers should always get it checked with the local authorities before installing this below the ground. It is possible to create a double check valve assembly from entirely new components. However, this isn’t the best option due to an increased risk of built assemblies not meeting local building codes.

For the sake of convenience, cost-savings and restrictions due to building code, a better option would be to purchase a pre-assembled double check valve assembly.

It consists of the following:

Local building codes are variable and can be strict regarding reduced pressure zone assemblies. It is wise for both residents and plumbers alike to have a thorough understanding of local requirements before proceeding.

Atmospheric vacuum breakers (AVB) are the simplest and most affordable of all backflow preventers. They are ideal for one or two-zone irrigation systems. AVBs need to be installed directly on the pipings after each control valve. But for systems with more than almost six control valves, they are not an affordable option.

Other areas where AVBs are not recommended for use are shutoff valves in downstream areas having potential for backpressure, as well as other systems incorporating techniques of chemical fumigation.

The Latest Ecommerce Marketing Tips That You Should...

Here’s how to get Google to index your...

Solar garden fountain! An addition in the beauty...